Indiana University of Pennsylvania (IUP) brings the excitement and competition of NCAA Division II collegiate sports to the County.

Time and time again, Indiana University of Pennsylvania (IUP) makes its mark as a university with the highest standards, both academically and athletically.

IUP Athletics brings exciting games and matches to Indiana County each season and give residents the chance to see dedicated student-athletes perform at a high level of competition and represent IUP with both success and honor.

Learn more from IUP about IUP Athletics and where to attend the next match. 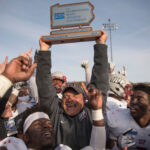 IUP football is one of the most recognizable and most successful Division II programs in the country with 578 wins, 18 Pennsylvania State Athletic Conference (PSAC) championships, 19 NCAA playoff berths and two national title games appearances through 2020.

The IUP football program boasts nearly 100 All-Americans throughout its history while numerous former players and coaches have gone on to successful careers in the National Football League, including current Philadelphia Eagles head coach Nick Sirianni.

Paul Tortorella has led the program since 2017, winning conference and regional coach of the year honors after guiding the Crimson Hawks to a 13-1 record and national semifinalist appearance in his first season. 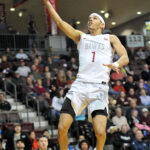 season conference championships. Over their histories, the IUP men’s and women’s basketball programs have a combined 2,200 wins and .643 win percentage through 2020.

The men’s program is led by Joe Lombardi, proven to be the most consistent and dominant coach in the Pennsylvania State Athletic Conference, and one of the most recognized and respected not only the Atlantic Region, but the entire nation. In his first 15 seasons he has a 333-102 (.774) overall record with 10 NCAA tournament appearances, five PSAC tournament titles (2010, 2011, 2013, 2019, 2020), two Atlantic Region Championships (2010, 2015) and two Division II National Championship Game appearances (2010, 2015).

The women’s program is led by Tom McConnell, who has entrenched himself as the best coach in program history and one of the best leaders in Division II women’s basketball since he came to Indiana in 2013. He has turned the Crimson Hawks into one of the top threats in Division II with his recent three-year run. Since the start of the 2017-18 season, IUP’s 88 wins are tied for third-most in the country while the Hawks have won back-to-back regional titles (2018, 2019) and appeared in two straight national semifinal games each of those seasons. IUPs chance for a third straight regional crown and possible Division II title were wiped out in 2020 by the COVID-19 pandemic, which forced the cancellation of the NCAA tournament prior to its tipoff.

The IUP baseball program is led by head coach Steve Kline, a former MLB pitcher and coach, who comes to Indiana for the 2022 season. He’ll look to turn around a program that does have a history of success, including 1,175 wins, 15 PSAC tournament appearances, five conference tournament titles, and three more regular season conference championships.

Head coach Dan Braun took the reigns of the program in the spring of 2019, and has successfully continued IUP’s tradition of excellence. Through the spring of 2021, Braun has two PSAC titles and a No. 1 Atlantic Region ranking under his belt, and has helped golfers earn a combined 10 all-region honors and eight All-America Scholar selections.

Braun took over for Fred Joseph, who is one of the best collegiate golf coaches in NCAA history. In 27 years at the helm, he won 86 tournaments, 13 PSAC titles, coaches 13 All-Americans, including 2009 national champion Gavin Smith. 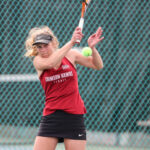 tennis program into a stable force not only in the Pennsylvania State Athletic Conference, but the Atlantic Region.

Under his direction, IUP has won 215 matches since 2008 and has three Atlantic Region and three PSAC tournament championships since 2017. Individually, the Crimson Hawks have two PSAC players of the year, five league freshmen of the year, and a combined 62 all-conference selections since 2010.